People – Larry is a great lad who loves everyone he meets, he has taken a particular liking for his foster mom but is a really friendly boy.

Can I live with cats – Given his breed and his prey drive we would not home Larry with felines or small furries sadly.

Can I live with other dogs ­– This lad would probably benefit from having another canine companion in his new home, a similar sized dog who likes a game would be great.

Health – Larry has been seen by the vets and has been given a clean bill of health, he does have a rather odd gait but checks have not brought to light any issues and he is not displaying any discomfort or issues walking.  He is just a little on the special side but we thinks this makes him all the more adorable.

In the home – He has settled in surprising well given that we do not think he has lived in a home before.  As he does like his human company Larry likes to sleep in the bedroom.  He is very good though and is happy to sleep in his own bed. He has been clean in the house.

Out and about – Larry walks well on lead, he can sometimes zig zag a little but this is to be expected sometimes things can startle Larry like bags rustling but he is fine walking in traffic and residential areas. Larry’s recall has not been tested as of yet and so further training would be needed prior to allowing him off lead in an open environment.

Type of home  – He really would like new owners who are around for most of the day, Larry would not cope with being left alone for prolonged periods.  He will be best homed with another dog and in a home with multiple caregivers.  Teenagers who will enjoy interacting with him would be great.  He will need a secure garden as he could be inclined to chase squirrels or cats.

Larry has been neutered, vaccinated and micro chipped and he is also up to date with flea and worming treatment.

Potential adopters will be expected to travel to Woolwich London to meet Larry. 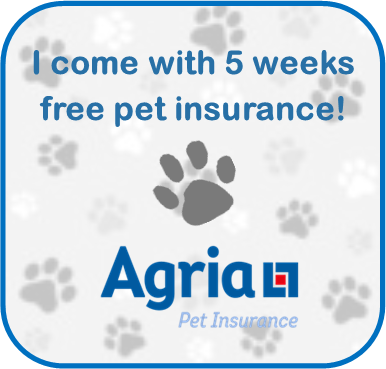 I'm not currently available, click here to see who is!